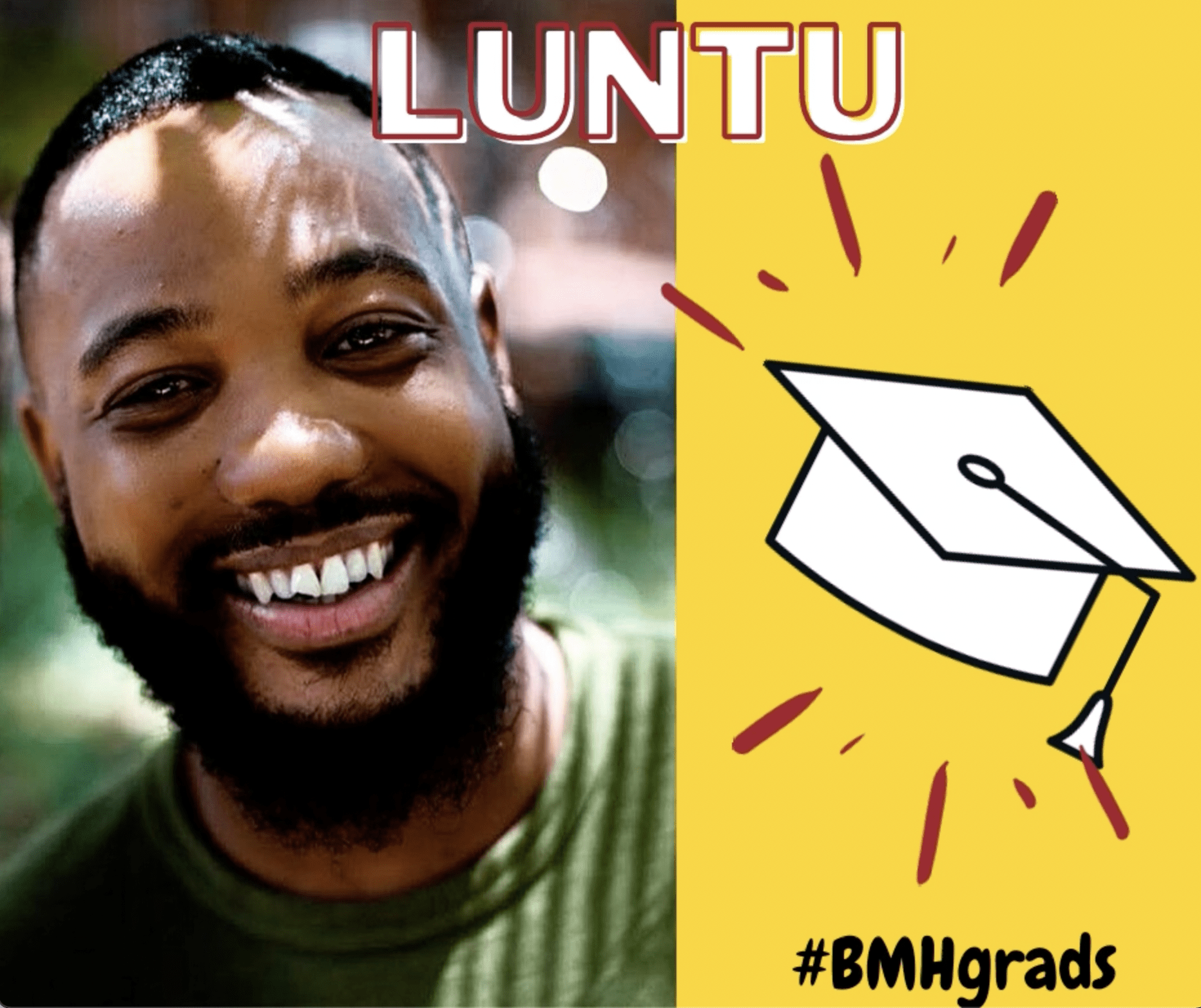 My name is Luntu Ndzandze a professional Videographer and Video Editor based in Cape Town, and I am a proud Boston Media House Alumni.

I was born in the Eastern Cape in a small town called Fort Beaufort where opportunities are limited. I knew at an early age what I wanted to do but I wasn’t sure as to what that would be in the creative/media industry, until I enrolled at Boston Media House.

In 2016 I enrolled in a 3-year Diploma in Media Practices, majoring in Television Production and from there on I never looked back. I fell in love with the visual storytelling, pre-production, production and the post-production process, which led me to being a Videographer and a Video Editor.

I was doing some freelance work with small PR agencies around the year 2017 and by the time I graduated in 2019, I had already secured an internship at a small online news NGO called Health-E News in Rosebank where I was a camera man and a video editor in the broadcast department. I would shoot and edit videos for their website, social media and other media outlets and broadcasters in Johannesburg. I also developed a self-taught skill which is documentary photography. With the skill I had acquired at Boston Media House, I was able to travel to all 9 provinces in South Africa, covering the NHI Bill. Great times!

The pandemic hit us in 2020 and we lost our jobs, but that did not stop me from doing what I love. I have a skill, my own gear and equipment and the tools that I needed to create my own business/freelance. With all of that, I decided to go back to the Eastern Cape December 2020. I freelanced and built my portfolio until something solid came up. I freelanced for a good 7 months and I must say it was amazing. On the 8th month, which was August, I got a job as a Video Editor at one of the biggest advertising agencies in SA which is King James Group in Cape Town. I edit videos for big brands, and I am having the time of my life.

Without the skill and friendships, I created at Boston, I wouldn’t have been where I am with my career today.

My advice to all Matriculants is; apply yourself, be selfish with your time and remember that hard work and dedication ALWAYS pays off.